Top 10 Underrated Places in Singapore that Will Bring You Close to Nature! If you’ve always wanted to discover some of the underrated places in Singapore that will bring you especially close to nature, this this is the post for you!

So in this post, we will be covering parks and other nature-loving environments in Singapore!

Why are we doing this?

Because people who visit Singapore (well, at least most of my friends) only think of either major tourist attractions in Singapore, Singaporean foods and/or shopping malls.

The fact is that there are many more places waiting for your discovery sparks to take to explore, why not start with the unobvious underrated places in Singapore! Because when you mention Singapore in the western and eastern world, you might be thinking of either the Sentosa Island (during Trump’s visit), the Avatar-worthy architectural phenomenon called “Supertree” at the Gardens by the Bay and/or famous chilli crabs.

Now before I go on and talk about these places, I’ve always admired how the Singaporean way of doing things are (1) well-organized and (2) well thought out. You will definitely see the same magic in all of these underrated places you may visit in Singapore here as well! Thank you Singapore!

If you’ve only ever been to different malls in Singapore and want to start exploring a park in Singapore, then this might very well be one of the great options.

How to get to MacRitchie Reservoir Park:

Need to Know before Going to MacRitchie Reservoir

Another beautiful park right smack in the middle of the town in Singapore, located near Clarke Quay and City hall. Now, you even have the newest Funan Mall right opposite the Fort Canning Park entrance as well!

(By the way, I wrote about the newly renovated Funan Mall here – I think you will enjoy it as well)

Although this is very near these MRT stations, I believe its unique charm comes from going into the park itself, rather than just looking at the big sign in front that says “FORT CANNING PARK”.

I’d say that you should allow yourself to be drawn by its beautiful entrance because as you walk into the park, you may very well discover some of the classic history and charms of how Singapore used to be like.

Why Should You Visit Fort Canning Park?

How to get to Fort Canning Park?

Most people who visit Singapore may never make it to the north of Singapore – we’re talking Punggol, Seletar, Sengkang, and Hougang, to name a few. (Look, if you have never heard of these awesome districts in Singapore, you’re not alone. In my first year in Singapore, I had never even visited these underrated places in Singapore.)

Since then, I have now visited two interconnected and awesome underrated places in Singapore – Coney Island and Punggol Settlement.

Why Would You Visit Coney Island & Punggol Settlement?

#1 Coney Island is actually an island park in Singapore that you can access it directly via 2 bridges (western and eastern).

#3 There’s a 2.5-kilometer path through Coney Island, so you can easily bike, walk, run or jog through the island!

#4 And you will most likely be walking on the Punggol Promenade Nature Walk if you’re walking from Coney Island out to Punggol Settlement. You can even walk further to the Punggol Point Park to enjoy the views of the sea as well.

#5 Punggol Settlement is a two-story food sector that opened in 2014 next to the Punggol Beach (the beach is one of the historical sites listed on the National Heritage Board’s list, and you would never have guessed its dark history).

#6 If you want to get out of the hustle and bustle of the city, then you can take a huge deep breath (or several) once you’re at the Punggol Settlement as you stare into the sea that separates Singapore and Malaysia.

How to Get to Punggol Settlement / Coney Island?

This is one of the underrated places in Singapore, situated at the Bukit Batok town park, that has a big granite rock sitting in the middle of the lake, or you can say it’s like a smaller version of Guilin in China.

As you walk through this well-maintained landscape along the lake, you might also encounter some couples going for their pre-wedding shoots or wedding-day photos (if you’re there on Saturdays).

The only reason why you should be here is for you to be rested and relaxed while being surrounded by nature.

How to Get to the Little Guilin?

If you’ve been to harbor front and Vivo city (last stop on the Singapore’s purple line), but you have never really been in the areas beyond harbourfront shopping center then you might have missed Labrador Nature Reserve.

This is probably one of my favorite underrated places in Singapore because it has such a calming feel as you’re surrounded by green forests and you’re able to walk along the majestic coastal walking paths that look like a beautiful sunset boardwalk every single evening if you ever get the chance.

Why Should You Visit Labrador Nature Reserve?

How to Get to the Labrador Nature Reserve?

Good To Know Before You Go:

Bukit Timah Nature Reserve is one of those places where you’re not often hearing about. I’m not sure if it’s because Bukit Timah is more of a newer area filled with landed properties (rather than the standard HDB or condos that we see in Singapore) or is it because it’s a bit further away from the city center (~10km+) than, say, MacRitchie Reservoir (~6km).

However, if you actually get to this place, this is definitely one of the nature reserves you don’t want to miss!

Why Would You Visit Bukit Timah Nature Reserve?

How to Get to the Bukit Timah Nature Reserve?

Good to Know Before You Go

Latest Update in 2019: although the Chinese and Japanese Gardens of Jurong Lake Gardens are closed for redevelopment until 2021 at this point in time, you can still enjoy the lakeside with activities for everyone in over 7 areas along the lakeside.

When I speak about Jurong Lake Gardens with my friends, some of them have indicated to me that they rarely ever even set their feet in the Jurong area. So, jokes on them for not exploring the different parts of Singapore, yeah? Lol, maybe it’s just me who loves to explore different places, especially because I now live in Singapore as well.

Well, I believe that since you’re reading this post, you’ll definitely consider a visit to the Jurong area in the west of Singapore. Right?

Well, if you’re going to visit the Jurong area, such as going to Jurong Bird Park and the Jurong East Mall (JEM) and West Gate mall, then don’t miss this up and coming Jurong Lake Gardens.

I say it’s up and coming because, at the time of writing this post, the Jurong Lake Gardens have been developing a newer area of the Japanese Garden beyond the existing Chinese Gardens.

Did I catch your attention?

Why Would You Visit Jurong Lake Gardens?

How To Get to Jurong Lake Gardens?

If you’re ever in the northern part of Singapore and you just want to relax by the seaside with awesome wind breezes and a little something for everyone (families, couples and singles with friends or even alone), then Lower Seletar Reservoir Park is one of those underrated places in Singapore that really needs no introductions in words once you go and experience it yourself.

Why Would You Go to Lower Seletar Reservoir Park?

How to Get to the Lower Seletar Reservoir Park?

To get to these 2 islands, you can reserve for a spot on the boat to go and explore these islands!

Hope I got your attention once again (haha)!

Why Would You Go To Kusu Island & St. John’s Island?

How to Get to Kusu Island & St. John’s Island?

Apart from the holiday chalets, a popular nasi lemak spot at Changi Village Hawker Centre and the nearby Ferry Terminal (that you can take to the Batam Island), Changi Point Coastal Walk is the place you want to be at any time of the day (since it’s open 24 hours). And it’s super easy to walk around through the well-built boardwalk. The 2.2-kilometer boardwalk is split into 6 sections: Creek Walk, Beach Walk, Sailing Point Walk, Cliff Walk, Kelong Walk, and Sunset Walk.

Why Would You Go to Changi Point Coastal Walk?

How to Get to Changi Point Coastal Walk?

I believe that these 10 Underrated Places in Singapore are the starting point to help you discover Singapore beyond the major attractions alone!

They are the places that, upon visiting, you’re grateful; in realizing how such a young nation has overcome amazing feats in the last few decades and preserved as well as developed to become such a beautiful nation.

We hope that you will be able to visit at least one of these places at a suitable time to you and your loved ones.

And you may see that Singapore has much more to offer than what you have heard or seen before.

I hope you have enjoyed what’s been shared in this post.

Do you have any other underrated places in Singapore that will bring you closer to nature? We’d love to hear from you! 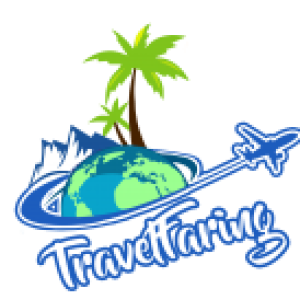 GK
GK is a curiosity-driven traveler who discovers places through its natural beauties, histories and people's stories. A perfect travel plan for GK and his family would be a great coffee to start off the day before taking in the breathtaking views of landscapes and horizons with some hikes in between and toppling it off with some great photos of the places and people. And how can you forget great local & fresh foods to truly be immersed and inspired by what the world has to offer. Every piece of content is written (by us) with next-generation travel lovers in mind. Why? So you can travel independently, informed, in the know, in comfort, and in style.

The Ultimate Travel Checklist for Switzerland (and free PDF download)

The 7 Gifts for Frequent Travellers (Under $50)

Let's Take Travels to the Next Level. Join the Conversation.

Join in the conversation to share travel tips, special updates and awesome trips with each other.

Get Your discount codes & deals for your activities and attractions in Singapore!

no thanks, next time.